The biggest, dirtiest, coal plant in the country is losing the owners of one of its four units: Plant Scherer, near Juliette, Georgia, north of Macon. Florida Power & Light (FPL) and the Jacksonville Electric Authority (JEA), are bailing out of their 76.4% and 23.6% shares of unit 4, by January 2022. Somebody else may buy into unit 4, and thus Georgia Power may keep it running. But maybe not, considering the reason for FPL and JEA exiting is that the plant is no longer economical to run. Meanwhile, where will the coal ash go?

At least maybe soon less mercury will go into the air and come down in the Withlacoochee and Alapaha Rivers and the Okefenokee Swamp.

Photo: JEA. Plant Scherer, located near Macon, Georgia, is operated by the Georgia Power Company. Unit 4, one of the four steam units located at the site, is partially owned by JEA. Unit 4 uses coal to produce JEA’s 200 MW portion of electricity output, which is delivered to Jacksonville over large, high-voltage electric transmission lines.

(i) Retirement of Existing Generating Units That Are No Longer Economic to Operate:

Friday, July 12, 2019, the U.S. Army Corps of Engineers published a Public Notice for Application SAS-2018-00554 for a titanium mine southeast of the Okefenokee National Wildlife Refuge (NWR). Thursday I attended a meeting at the Okefenokee NWR near Folkston about that, and I met with agents of the miners back in April. The application is about the little purple area on this map they showed us at the end of April: 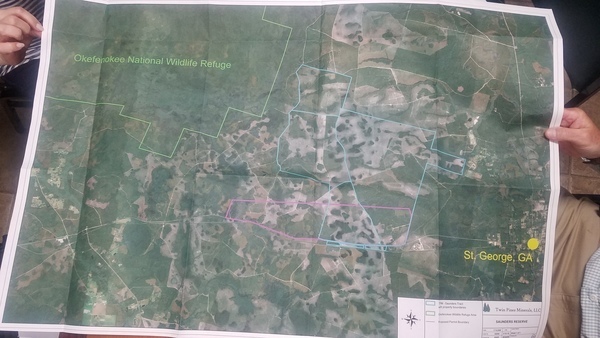 But that’s not the whole story; see below. Today this mine proposal is on the agenda for the WWALS board meeting.

Here are some things the application doesn’t tell you: END_OF_DOCUMENT_TOKEN_TO_BE_REPLACED

Crossover day is this Thursday, by which bills have to pass one part of the Georgia legislature to be considered in the other. Please contact your state legislators today to stop coal ash pollution!

Coal ash from the infamous Kingston, Tennessee coal ash pond dam break in 2008 was shipped to at least five landfills in south Georgia, including the old landfill in Lowndes County, which is in an aquifer recharge zone and a quarter mile uphill from the Withlacoochee River. That landfill also has coal ash from Jacksonville, Florida. We don’t need any more coal ash in any landfills in Georgia. The power companies that produced it need to store it safely on their own land.

END_OF_DOCUMENT_TOKEN_TO_BE_REPLACED

Wednesday I joined conservation groups from across Georgia to lobby the state legislature, in Capitol Conservation Day 2019, helping move along some bills. 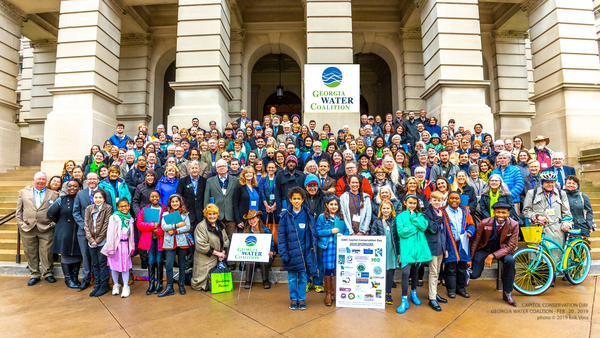 CCD on the Georgia Capitol Steps 2019-02-20
Photo: Erik Voss for Georgia Water Coalition
This photograph can be freely shared, without limitations.

I’m in the hat on the right. Most of the other eight Riverkeepers of Georgia are also in this picture.

At the Bird Supper the previous Wednesday, I discussed two of the same topics and their bills with legislators: trust funds and coal ash.

Last night Georgia legislators from all over the state, including numerous committee chairs, feasted on quail supplied by Lowndes County and Valdosta in the annual Bird Supper, a six-decade tradition of local lobbying in the Georgia state capitol. 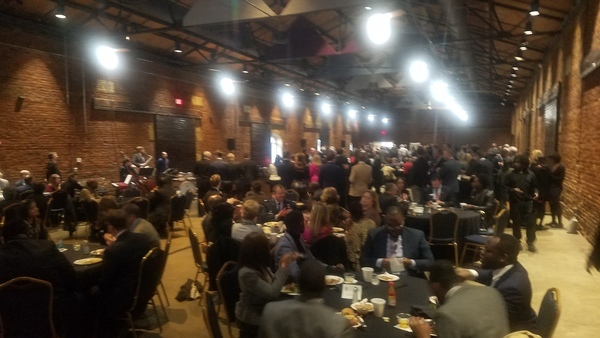 I thanked Jeff Jones (District 167) for his new coal ash bills, and reminded other legislators to vote for them this year, like they did his earlier ones last year: END_OF_DOCUMENT_TOKEN_TO_BE_REPLACED

Best to test for arsenic, and maybe lead, radon, and uranium, in your well and hot water heater water. In March 2013, South Health District and the Georgia Department of Health recommended testing for arsenic. That was three years after Janet McMahan discovered the arsenic problem after her family members and pets got cancer. As we wrote a few months before the Health Departments finally made their recommendation, after Janet got Erin Brockovitch involved, you may also find lead and uranium. The problem has not gone away. Also, you may find radon. 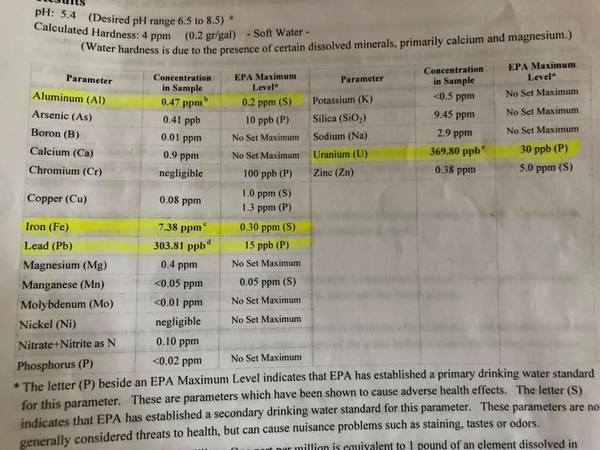 This Water is from Well on private property 3 miles from Willacoochee. Sample taken from Water Heater. Lady says she uses all of the hot water when taking a shower each morning. Looking for her Radon Level now. 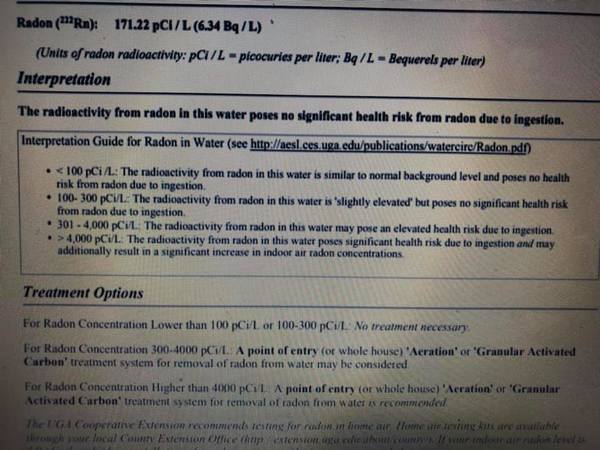 A Georgia Senate Committee Chair from the Suwannee River Basin, Tyler Harper of Ocilla, got HB 879 out of his committee and onto the full Senate floor for a vote soon. Please remind your Georgia state Senator to vote for it so we’ll get to know more about when Georgia Power (or anybody else) is dewatering a coal ash pond, planning to shop it to local landfills.

The coal ash pond dewatering bill authored by state Rep. Jeff Jones received unanimous committee approval Tuesday afternoon, moving the public notification legislation one step closer to law. By making it through the state House of Representatives before the crossover deadline, and now ready for a vote by the full Senate, puts it in a rare group of bills to be so successful this session.

On the very last possible day, the Georgia House passed the coal ash dewatering bill, HB 879, 169:3 (with 2 not voting and 6 excused), yesterday, on crossover day (after which bills cannot move from the Georgia House to the Senate). 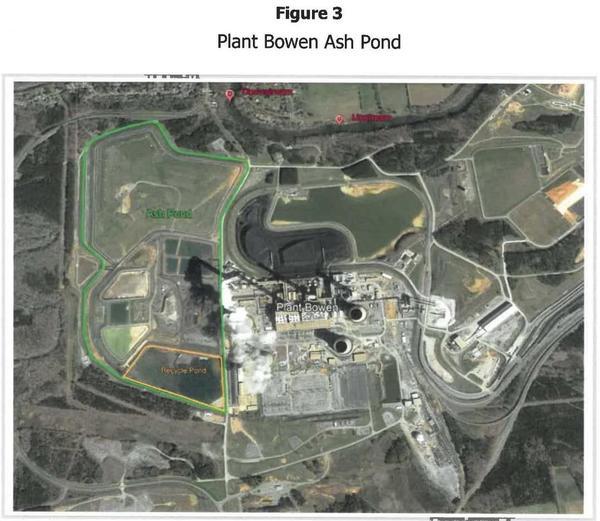 Despite the hard work of the Georgia Water Coalition, HB 880, “Solid waste management; safe disposal of coal ash in municipal and commercial solid waste landfills”, never made it out of END_OF_DOCUMENT_TOKEN_TO_BE_REPLACED

Hahira, GA, February 27, 2018 — “We don’t want coal ash in our rivers or in our wells, and we don’t want any more mercury in our Alapaha River from coal plants, so we back Georgia House Bill 879 to inform Georgians what Georgia Power and others are doing with their coal ash,” said Suwannee Riverkeeper John S. Quarterman. He added, “Ninety percent of Georgians agree on this, and Georgia Water Coalition has helped this bill get very close to passing. You can push it through by crossover day by getting your state legislators to vote on it today or tomorrow.” 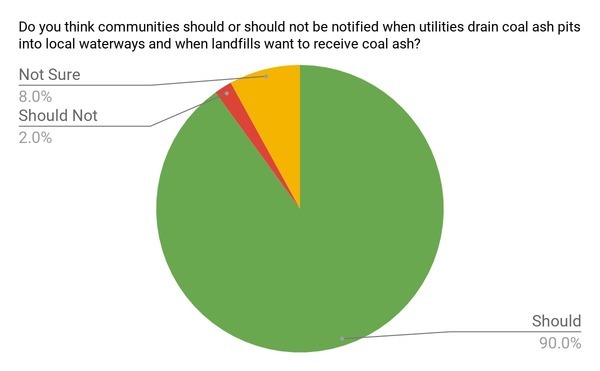 Here is an easy way to send email to your Georgia state legislators:
http://www.protectgeorgia.org/stop-coal-waste-pollution.html#/58/

For more background on these bills, see: END_OF_DOCUMENT_TOKEN_TO_BE_REPLACED

Thanks to all who helped get HB 879 out of one committee and into the Rules Committee. It needs to get out of there to the full Georgia House by this Wednesday February 28, 2018.

So please contact your Georgia state legislators to ask them to back both bills that will help keep coal ash off our lands and out of our waters.

Here’s an easy way to send email to your Georgia statehouse Representative and Senator.

There’s more about the bills below. END_OF_DOCUMENT_TOKEN_TO_BE_REPLACED